Marcus Mumford comes to Thomas Wolfe Auditorium on Tuesday 1st November 2022 as part of his upcoming North American Tour. The artist will visit Canada and U.S to support his new LP, Self-Titled. It’s his solo debut LP, and fans are quite excited to hear it live for the first time. The trek kicks off on 19th September in Boulder and will wrap up the tour in Toronto on 10th November. Danielle Ponder will extend support to Mumford from till the 14th October. Emerging band A’s will then feature on tour from 17th October till the end of the tour. The British American singer-songwriter has a massive fanbase in North America and ticket demand is very high. Get your tickets right now before they are sold out! 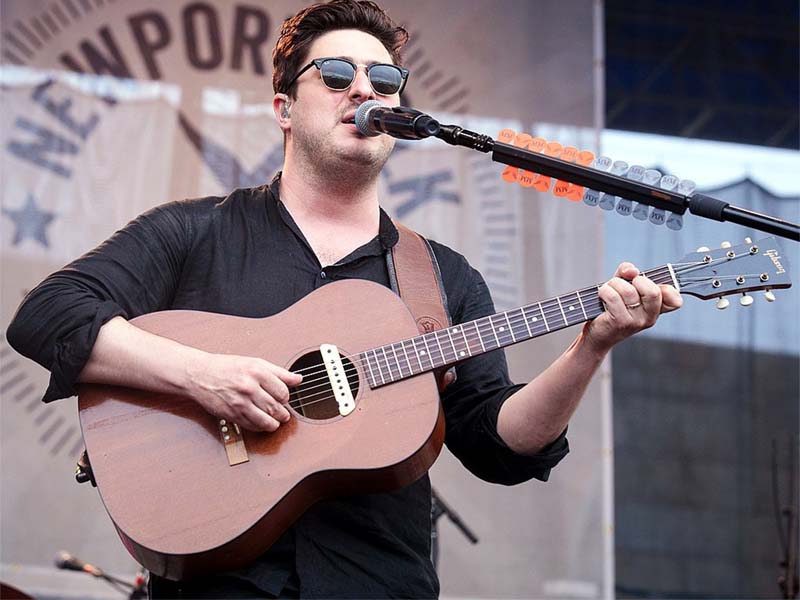 Mumford’s exciting upcoming album features some big names such as Brandi Carlile, Phoebe Bridgers, Monica Martin, and Clairo. Mumford has released only single from the LP so far. The single, “Cannibal” became a hit upon its release, promising a very exciting upcoming record for the emerging superstar. The multi-talented artist plays several instruments with his band Mumford & Sons. He has released several hit albums with his band, with the upcoming one being his first solo effort.
The album comes out on 16th September, which coincides with his upcoming North American trek. Mumford is a celebrated live artist who is renowned for putting up incredible live performances. His ability to charge up crowds with his soulful voice and handful of instrumental skills make him one of the most demanded live artists of the current era. His music encompasses several genres such as Folk Rock, Americana, Indie Folk and Alternative. Rock. As part of the upcoming tour, he will play at some notable places including New York, Boston, Durham, Milwaukee, Tulsa, Austin and many others. If you want to catch him live at the famous Thomas Wolfe Auditorium on Tuesday 1st November 2022, make sure you get your tickets right now. Hurry up, before all of them are sold out!