Vince Gill is set to embark on another summer tour to the U.S with an 18 date trek that will see him performing at stages across the country for the first time since 2019. He will be coming to Thomas Wolfe Auditorium on Thursday, 25th August 2022, for one of the performances. Supporting Gill would be the highly talented emerging artist Wendy Moten who has gained widespread popularity for her incredible performances on NBC’s TV show, The Voice. Gill will be accompanied by the Eagles, with whom he has been touring since 2017. The American singer-songwriter expressed great excitement about playing some of his biggest hits for his fans once again. The tour kicks off on 7th July in Greensboro, NC. Catch him live on 25th August 2022 at Thomas Wolfe Auditorium by getting your tickets right now! 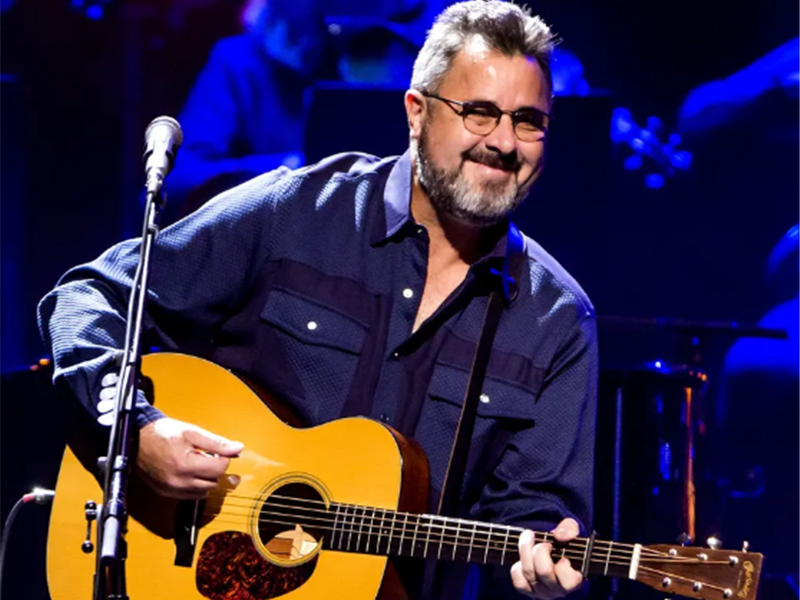 Multi-instrumentalist Vince Gill is one of the most successful country artists in the U.S who achieved commercial success with his band Pure Prairie League and as a solo artist. The 65-year-old rose to fame as a solo artist back in 1983, and since then, he has recorded 20 studio albums with more than 40 singles that topped the U.S Billboard charts. He has sold over 26 million albums worldwide and is one of the most sought after names in the country music scene.
Gill has received 18 CMA Awards, with two entertainer of the year awards and five Male vocalist awards. The artist has twenty-two Grammy awards, more than any other male country musician. He was rightfully inducted into the 2007 Country Music Hall of Fame for his contributions to the music industry and for serving as an inspiration to many emerging artists. Since 2017, Gill has been a part of the Eagles alongside Deacon Frey, as the duo was hired after the passing away of late Glenn Frey. However, his desire to continuously perform for his fans never ends, and here he is with another extensive U.S run. If you want to catch the legendary artist live in concert, make sure you get your tickets right now because there is every chance they might be sold out very soon!