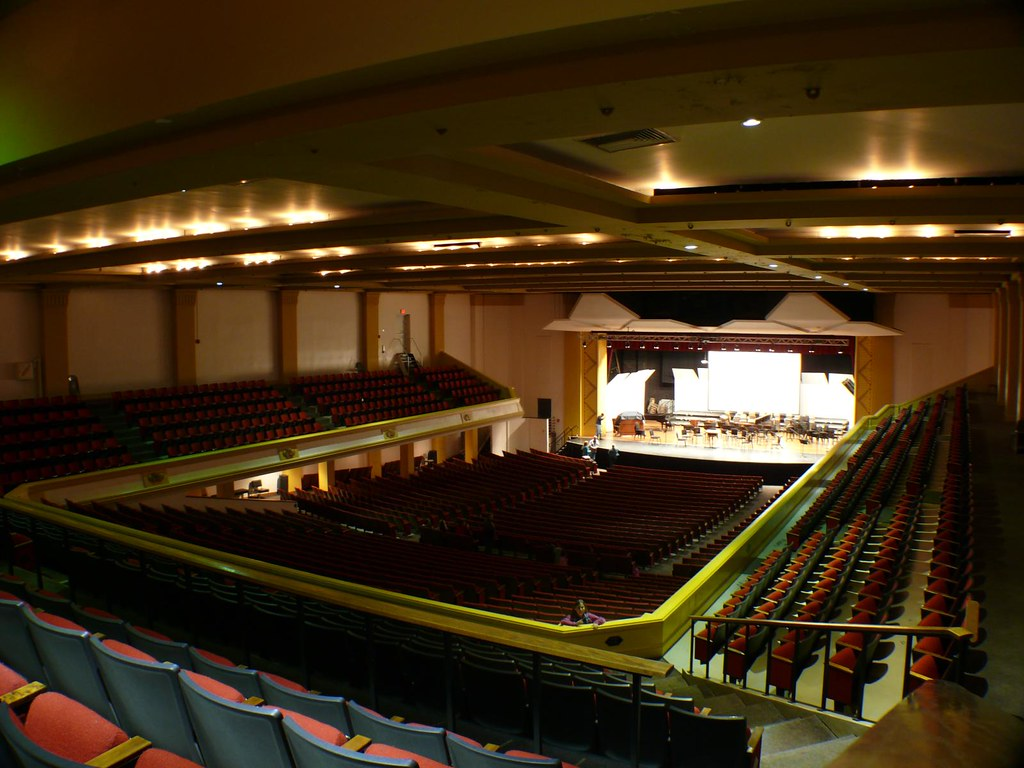 The Thomas Wolfe Auditorium, originally called the “Asheville City Auditorium” from 1940-1975, was a theatre that was originally built in 1939. It was part of the Works Progress Administration, a New Deal agency that sought to employ job-seekers, mostly unskilled men, to carry out public works projects that included the construction of public buildings and roads. The venue was designed with a unique horseshoe-shaped that gives it an iconic look and a different feel from many other venues of the time and today. When the venue opened in 1940, it became the place to be for music lovers and anyone in North Carolina who enjoyed seeing music stars at their best. The facility closed for renovations in 1974 and reopened late in 1975 as part of the construction of what would become the U.S. Cellular Center. The auditorium has an incredible capacity for 2,431 guests so that lots of music lovers can enjoy the same show.

For many concert-goers, this would be the end of the story. But you can’t talk about The Thomas Wolfe Auditorium without discussing the U.S. Cellular Center.

Asheville residents will tell you that the Thomas Wolfe Auditorium is a completely separate operation from the U.S. Cellular Center, but the auditorium is undeniably a part of the larger complex. The Center is a multipurpose entertainment center located in Asheville, North Carolina that opened in 1974 and is currently home to an arena, auditorium, banquet hall and meeting rooms. The complex is designed to be the heart of the entertainment and social gatherings in the community with several spaces that cater to different events including rentals for private functions. The various parts of the complex are all designed for different events and event types so that the city of Asheville never has to go far to have their fix of sports, comedy, musicals, concerts, and other similar events.

The idea for the complex began in July 1968 when the Asheville City Council approved a civic center plan that would add an exhibition center, meeting space, and an arena to add to Thomas Wolfe Auditorium. The plan was put in motion since Asheville’s downtown was declining due to suburban development and malls. The complex was the city’s answer to the decline and an effort to revitalize the city and give it a comeback. The arena was the first venue of its type to ever come to Asheville, making it all the more important that it would succeed.

Ever since then, the Civic Center has begun improvements starting in 2010 to keep the facility and its resident venues in peak condition for residents and fans across the country.

Below are useful pages for further information on the Thomas Wolfe Auditorium at US Cellular Center:

Ticket Policies:
Read the latest industry leading ticket guarantee and ticket authenticity policies when purchasing from tickets via this website.